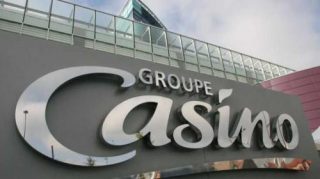 retailtrendmagazine by Retailtrend.it (20 gennaio 2020) – Vesa Equity Investment strengthens its position and announces that it has crossed the threshold of 5% of the share capital of Casino, Guichard-Perrachon to reach 5.64% of the share capital. Vesa Equity Investment S.à.r.l. is an investment vehicle owned by MM. Daniel Křetínský, controlling shareholder (53%) and Patrik Tkáč (47%).

“The announcement of this threshold crossing follows our entry into the capital announced on 5 September 2019. It reaffirms our conviction that Casino, Guichard-Perrachon is the best-positioned retail group on the French market and one of the European leaders best able to respond to the profound changes in the sector. We continue to give our full support to the management of the Casino, Guichard-Perrachon Group and our confidence in its ability to implement its long-term strategic vision, to which we subscribe. ” says Mr. Křetínský.

As a reminder, Daniel Křetínský and Patrik Tkáč are long-term investors, including in the European retail sector, with a 29.99% stake in METRO AG as well as a 40% stake in the Mall Group, a major e-commerce player in Central and Eastern Europe with a turnover of more than 700 million euros.

Mr. Křetínský is a controlling shareholder, Chairman and Chief Executive Officer of Energetický a průmyslový holding, a.s. (EPH), an international energy and infrastructure group based in the Czech Republic. In addition to serving on several Boards of Directors of EPH affiliated companies, he also holds positions in companies not affiliated with EPH, where he has a majority or controlling interest, including Czech Media Invest and EC Investments which owns, among others, 40% of Mall Group. He is also Chairman of the Board of Directors of AC Sparta Praha fotbal.